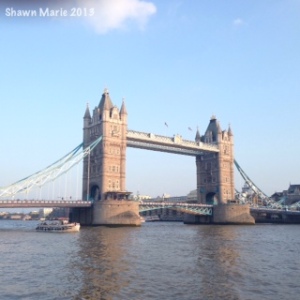 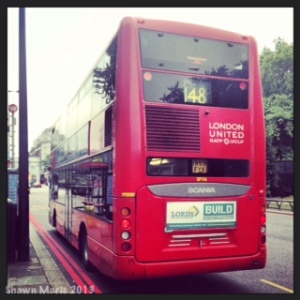 It’s a wonder I haven’t written about London sooner. Probably because I did so much in my 6 days and it was such an unbelievable dream come true; I wasn’t sure where to even start! This picture was taken in the spur of the moment and was so perfect (at least I think so) that I had to show it first. It fully encompasses London transportation and I personally love it. It was taken on my first day in London, as I was making my way to the Tower Bridge. I never mentioned this before but, I am the luckiest girl on earth! The whole 110 days I was travelling, it only rained on me 8 days! This was especially miraculous in London as it pretty much goes with the territory. It’s true though; they had gotten a terrible stretch of rain just before I arrived but my 6 days weren’t only dry, they were sunny and beautiful. I could not have had a better experience and fear if I ever return it would not come close to my first visit. Tower Bridge was a must for me so as soon as I got there, I headed over. Taking about a hundred photos, I walked over the bridge, pausing to snap a “selfie” here and a picture there. I desperately wanted to remember that moment; it was one of two things that symbolized London to me. Afterwards, I went to a nearby pub and ordered fish and chips. This is a huge feat, as I do not eat fish. I ordered it in memory of my father and ate 3 whole bites before my stomach started to churn; but at least I tried. The next morning I finally got to accomplish my childhood dream of riding a double decker bus; I have to say, that was my favourite. I grinned ear to ear; even after I missed my stop and had to run back a whole kilometre to make my tour group on time! There is way too much more for one post, so once again you will have to wait for more entries. I will say though , after finally visiting, I still wish I were British (for the accent) but I’m have second thoughts on the whole princess thing, it just seems like a lot of work.