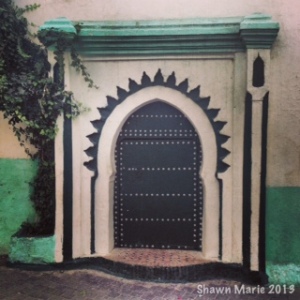 In keeping with last week’s topic of tours, I decided to tell you about my day in Tangier. One of the first bookings I made (next to my flight to Europe) was this guided day trip to Morocco. It almost didn’t begin when I had serious difficulties locating my pick up spot as no one else was waiting and there was no clear sign and my bus was late, so I thought I’d missed it. Note: Be sure to arrive 10-15 minutes early in case the bus arrives a few minutes early too. I took a seat on the bus and after a few more stops we were on our way. I chose to stay in Marbella, Spain because of this tour and its proximity to Tangier; if I had to do it again though, I’d opt for Marrakech or Fez. Remember, you are entering a different country (and continent) so passports are a must! After a ferry ride, security clearance and customs, we finally arrived in Tangier. I don’t know what I was expecting but what I saw was not it. I guess it slipped my mind that Tangier is a port city and like most it’s industrial, dirty and an actual city! This is why it is important to see the world, because from the comfort of home watching television, movies or reading magazines, you forget that actual people live in these places and therefore things like commerce exist. We boarded another bus and our multi-lingual guide began telling us all about Tangier and its people. We drove through the new part, but primarily we were in the old town. First we were shown the doorway of an ancient mausoleum which has been made famous by Henri Matisse and then we turned a corner to see a real live snake charmer. As I’ve said before, most of my trip was about conquering my fears; which is why I not only jumped at the chance, I paid 2 Euros to have a snake placed around my neck! This is the photo above, taken by one of two Irish guys I became friends with because of this moment. Afterwards, we made our way to lunch at a very authentic restaurant, complete with live music. Next, we were taken to a multi floor shop to get a lesson on rugs and to purchase souvenirs (I got a bracelet with a red stone, that has since broke). Our shopping tour continued at a spice market where I bought real Moroccan Argan oil. We got to wander the souk a little bit too before continuing on and magically (just as we were about to depart) I spotted a souvenir spoon for my collection, which I had all but given up on finding. I still can’t believe my luck with finding that spoon! As I’ve also said in past posts, I have a thing for water; so getting to see where the Atlantic Ocean meets the Mediterranean Sea at our next stop, was a real treat for me! Next we got to ride camels for the bargain price of 1 Euro! I’ll admit I was like a little kid when it came time for this. Our last stop was a brief look at Hercules’ cave (it was okay) and then we were back on the bus heading to catch our ferry. On the bus ride home, my new friends pointed out the Rock of Gibraltar too, which I found kind of fasinating and made a mental note to return for a visit. This tour was the longest at around 13 hours, but my new Irish friends and getting to see a whole different country made it a wonderful adventure. I would go back to Morocco in a heartbeat and as a female I think, personally, I’d chose a tour again if I were to go back; although I do know two women who went unaccompanied and had no issues whatsoever. The best part though; for one day I got to say, I was in Africa!